The Apple & Nike Principle – A Framework for Success

The 7Ds of cutting edge Innovation

The Apple & Nike Principle – A Framework for Success 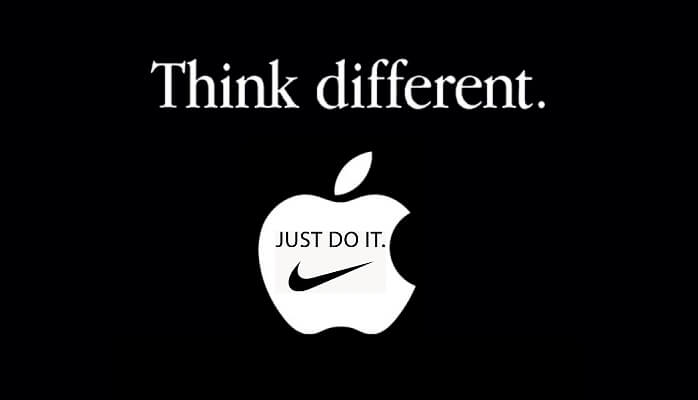 Think Different And Just Do It. Six simple words, yet, each of them tells a message and together they describe a mindset for success. Believe me, I’m not an Apple evangelist nor do I wear Nike products, but I can’t deny that I like their world famous slogans. Apple’s “Think Different” campaign was launched in 1997 and Nike’s “Just Do It” has been a companion for the greater part of my life. Both campaigns were so successful that the slogans became synonym of their brand.

Thinking different was nothing I could associate with in the early years of my professional career; I suppose I was just one of those mainstream office workers who tried not to embarrass myself, which worked well until the day I switched off my company’s central server, thinking it was an electric heater. It was like in one of those movies when suddenly all monitors go black and people start to meet clueless in the hallway to see what’s going on.

Just doing it, was – back in the 90s – not always as simple as nowadays, browsing through a myriad of documents stored in countless, neatly labelled binders, made the Just practically unattainable. Yet, I remember that my boss was a big fan of Nike’s slogan; however, he used it with a small adaptation, instead of “Just do it” his favorite slogan was “Jens do it”.

Apple’s and Nike’s slogan still engraved in my amygdala, I realised just recently, that both slogans also join nicely together. “Think Different And Just Do It” describes a mindset that is often only associated with entrepreneurship. But I think this mindset can lead any individual to great success, regardless of industry and job title. Furthermore, if adopted at an organizational level, the Apple & Nike Principle will enable companies to acquire new knowledge bases which are desperately needed to build new avenues of sustainable growth.

Let’s see now how “Think Different And Just Do It” translates into the innovation necessary to gain a competitive edge for tomorrow.

Think: The first step towards innovation, well, I suppose towards anything, is to think. This may sound obvious but it’s often easier said than done. The challenge with thinking is that our busy lifestyle doesn’t leave space for deep and independent thought. In order to immerse yourself in deep thinking, you need an environment that is free of distraction, but paradoxically, Apple’s innovations led to a world where even the shortest periods of discretionary time are filled with social media and gaming distraction. The second precondition for innovative thinking is the need for independence. By that I mean your thoughts should not be influenced by external factors. Groupthink for example, the phenomenon that, within a group of people, individuals tend to put conformity over their own opinion, is probably one of the greatest inhibitors of innovation. How often we have seen promising ideas go up in smoke because a “leader” didn’t understand how to create the conditions needed to foster deep and independent thinking.

Different: In the industrial era, being different often meant being nonconforming, but with the rise of the network era, being different will add new knowledge to the collective. Thinking differently implies that the current state is known, otherwise you wouldn’t know whether your thinking is different; let’s call this the visible knowledge. Your visible knowledge will only allow you to incrementally improve existing processes, but to be truly different or disruptive you will need to leave the beaten path of conventional thinking and tap into the invisible knowledge. For individuals that usually means broadening your perspective; this can be through formal education or other means of learning (networking, books, internet, etc.). Irrespective of how you acquire the invisible knowledge, the more diverse your new knowledge is compared with the visible knowledge, the more it will stimulate a different thinking. Don’t be afraid to venture into new territory, try to find the connectors to your visible knowledge and build bidirectional avenues of knowledge exchange. One may think that finding the invisible knowledge of organizations is even more difficult, but actually organizations have a major advantage over individuals: they don’t need to acquire the new knowledge, it is already present, it just needs to be unleashed so it can travel on knowledge avenues to other connections. Tapping into the collective intelligence of your workforce is not easy, yet a worthwhile endeavour. An alternative is to leverage the wisdom of an external crowd to boost the diversity of thought flowing into your products and services. Open innovation and crowdsourcing offer new possibilities, particularly for small and medium enterprises. However, leaders need to be mindful that an overflow on knowledge, if misguided, can introduce unnecessary complexity into a solution. Deliberate simplicity is the master key to innovation in the 21st century.

And: Such an inconspicuous word, yet probably the most important one in this construct. We know there are countless brilliant ideas out there and we also know that the vast majority will never make it past the idea stage. That’s simply because many creative thinkers lack the skill of implementation which the second part of this article is about. Coming back to our little conjunction, the ‘and‘ is important because without it you would either have an idea (Think Different) but no realisation (Just do it), or you would do things that do not add value because there is no innovation.

Just: Brad Pitt reportedly said, “In Missouri, where I come from, we don’t talk about what we do – we just do it”. Brad’s quote describes pretty much the mentality we need to adopt to make innovation happen. In this sense, “just” also means, don’t plan too much, don’t over-engineer, just start and learn while you go along. Entrepreneurs talk in this context of a Minimum Viable Product (MVP). How many carefully planned and thought through projects went exactly the way the plan suggested? I would think not that many. So, what’s the point of planning every little detail if your plan is anyway adjusted to meet reality? Instead, just plan ahead the next week or two and then just do that bit while planning the next bit. Especially in innovation projects, it is important to constantly re-adjust your route and to look back as well, incorporating the learning from your taken path into the planning of your next way-point.

Do: Nike’s slogan doesn’t say “Just Delegate It.” or “Just Outsource It.”, in my experience you will achieve the greatest success if ideation and implementation go hand in hand and involve the same people. There are several reasons for this: First, it is difficult to communicate an idea clearly; often ideas also evolve during the implementation process, hence would require even more communication between the two parties if they were separate entities (ideation and implementation). Secondly, innovation is largely powered by passionate people and a key driver of passion is ownership, that’s why entrepreneurs are so passionate about bringing their ideas to life – they own the idea and the action. Passion cannot be simply transferred from one team to another. Finally, doing implies that YOU take action, but it doesn’t mean you should do everything alone. Instead, use the strong lever of collaboration. The purpose of collaboration is not only to get things done faster; it also comes with a built-in quality control and engagement booster. It is one thing to have an idea, but it is the doing part that separates the wheat from the chaff.

It: Last but not least, “it” refers to the fact that you need to stay focused. Set your goal upfront, define the success criteria and work towards meeting these criteria. Don’t get distracted, otherwise you might end up in the never-ending pursuit of perfectionism. The scope of innovation projects tends to inflate easily, but remember, the first Apple iPhone and the first Nike Air Jordan shoe were innovative, but NOT perfect. So, stick to the it and let’s not “Just Do Everything”.

In conclusion, “The Apple & Nike Principle” is a framework for innovation. Apply it to your individual circumstances or on organizational level. In any case, it is not meant to be a quick fix solution, rather, it is a sustainable strategy to future growth. In the November 1998 edition of the Fortune magazine, Steve Jobs was quoted:

Innovation has nothing to do with how many R&D dollars you have. When Apple came up with the Mac, IBM was spending at least 100 times more on R&D. It’s not about money. It’s about the people you have, how you’re led, and how much you get it.

Focusing on having a strong team in lieu of investing money into research and development was central to Apple’s success and a result of Jobs’ philosophy. Apple chose not to invest its revenue into R&D and opted for impromptu hallway meetings between two or more innovators and brainstorming solutions to everyday issues. 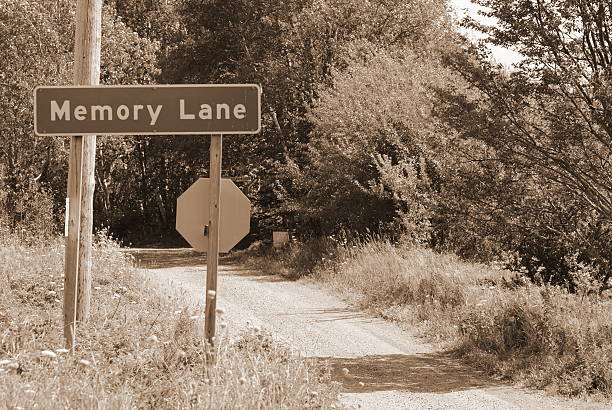